Festivals, popular events, art galleries, museums, thematic tours, bars and restaurants – the cities of Authentic Quebec exude a festive energy, and it’s all yours for the taking.

In both summer and winter, the two regions of Authentic Quebec are bursting with exciting cultural events. The festival season opens with Danse Encore (Trois-Rivières), a huge party for the whole family, marking the start of summer. After that comes Le FestiVoix de Trois-Rivières, featuring the most popular singers and groups of the province and beyond. The Mémoire et Racines festival in Saint-Charles-Borromée is for fans of traditional arts, while Joliette hosts the Festival de Lanaudière, a celebration of classical music, in July. In mid-August, get your taste buds ready for the Fêtes gourmandes de Lanaudière (Saint-Jacques-de-Montcalm) which is now part of the Chefs’ Tour circuit known as Goûtez le Québec. During Indian summer, Trois-Rivières will host its gourmet celebration known as Délices d’Automne, just before Saint-Tite is transformed into the cowboy capital of Quebec with its famous Festival Western. Winter is no excuse for staying at home when events such as Christmas markets, tomcod fishing, Nuits Polaires (Trois-Rivières), Saint-Côme en glace, and les Festi-Glace de la rivière l’Assomption give you an opportunity to shake off the cold and have lots of fun! 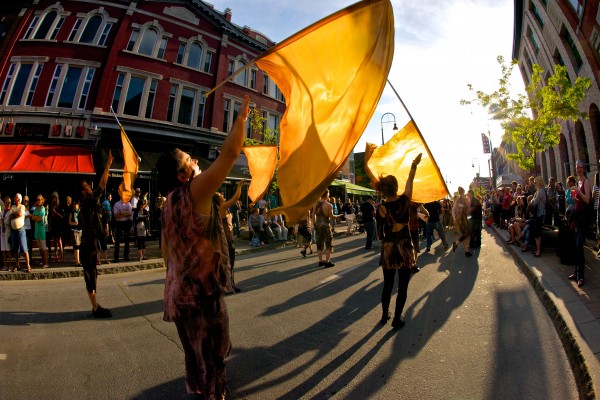 Culture and fun in the streets
Did you know that Trois-Rivières was declared a Culture Capital of Canada in 2009? From June to October, the atmosphere is in full swing in concert halls and on the streets as the city becomes a hub of artistic expression, showcasing artists from Quebec and around the world. All summer long, the atmosphere radiates from Place Bourget, the city of Joliette’s centrifugal force, surrounded by delightful bars, terraces and restaurants, while things are hopping at Shawinigan’s 5e Rue and at the microbreweries. You can wander through the lively streets of Vieux-Terrebonne or the arts district of Assomption before stopping at an art gallery or an artisanal chocolate producer, or before going to admire the sunset on the banks of the Mille-Îles River. Here, the intimate, friendly side of the city is what matters most, with everything within reach and ready to be discovered at a leisurely pace.

Poetry without borders in Trois-Rivières
Trois-Rivières didn’t usurp its title of poetry capital, awarded by Félix Leclerc in 1985. With 2015 marking its 31st annual edition, the International Poetry Festival, held over ten days in October, brings together some hundred poets from five continents to participate in nearly 350 activities. A highly anticipated event in this city that displays 400 poems on its walls and 5,000 in Parc Champlain, 365 days a year.