Of trades and men

Log-driving saw its last days at the end of the 20th century. This rough and dangerous occupation involved moving “pitounes” (timber logs) downstream towards the Saint Lawrence River. Some of the many heroes of log-driving were the raftsmen, who rode the assemblage of logs called rafts. These expanses of logs were held together by a boom chain (a string of long logs connected by a chain). Balancing themselves like tightrope walkers, the log drivers would steer the floating trunks with large pike poles, also known as cant-hooks. At the logging camp, their colleagues of the log squaring crew (specializing in squaring the logs to make them into lumber), were called the markers (who determined which trees were to be cut), the cutters (equipped with their axes) and the adzers (or hewers who squared off the logs). In winter, the road icers were responsible for pouring water on the roads so that the sleds could glide more easily. 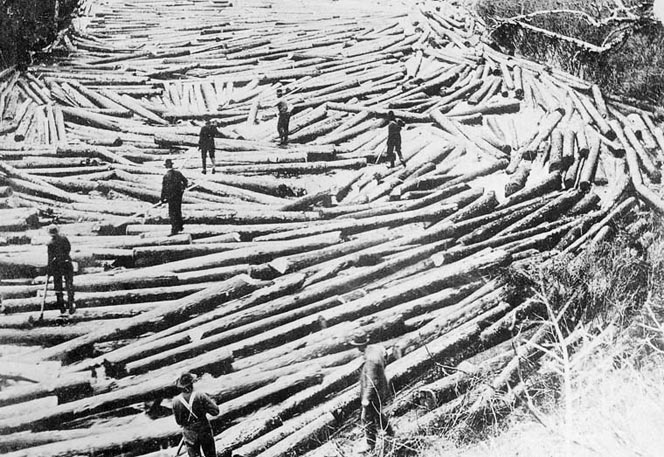