Shawinigan, a Source of Energy 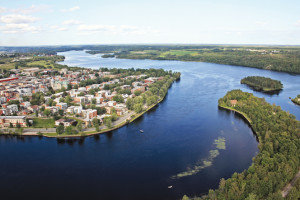 Even though Shawinigan still bears the heritage left behind by its pioneers at the dawn of the 19th century, it remains a larger than life vacation and discovery destination. There’s a real spark about the place, today more than ever! Take Route des Rivières, for example, with superb river views all along the legendary Rivière Saint-Maurice, a river as much at the heart of Québec’s history as ever. Meanwhile, a spectacular outdoor playground (characterized by dense boreal forest and more freshwater lakes than you can count) couldn’t be easier to get to, thanks to the facilities set up by La Mauricie National Park, one of Canada’s finest. And we haven’t even mentioned the impressive Cité de l’énergie yet! It includes a history, science, and technology centre built around the theme of energy, a huge (115 metres high) lookout tower, and a one-of-a-kind museum. The Museum of Prime Minister Jean Chrétien, the prime minister of Canada from 1993 to 2003 who happens to hail from Shawinigan, currently features an exhibit entitled Canada in the World. Other local attractions include an exquisite little church—Notre-Dame-de-la-Présentation—classified a National Historic Site of Canada for a treasure housed between its walls: the last big project of Ozias Leduc, an illustrious painter of religious works in the late 19th century. And so Shawinigan’s rustic urban spirit reveals itself, modestly and naturally, fuelled by warm welcomes, cozy restaurants serving up regional specialties, microbreweries known from coast to coast, and a great location halfway between Montréal and Québec City, on the road to Saguenay–Lac-Saint-Jean.

Shawinigan, which means “portage over the ridge” in Algonquin, was also called Oshaouinigane, and Shawenigane by the First Nations. The name is a natural fit: the area is awash with thundering waterfalls, and was long known as the “Niagara of the east.” The falls transformed the area into a hub for hydroelectricity. Rich American barons set up home there, leaving behind a city plan and a rich industrial architecture. Traces of their presence are also visible today in streets names like Broadway and 5th Avenue, in reference to New York City… 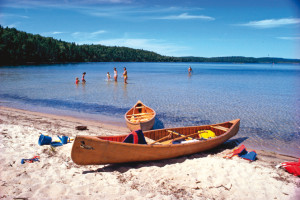 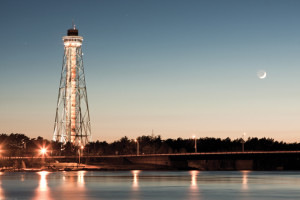 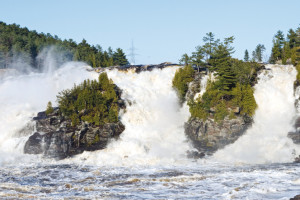