A land of adventure that witnessed the birth of the metal-working, paper and aluminum industries, Authentic Quebec proudly displays its rich heritage and the legacy of its past. 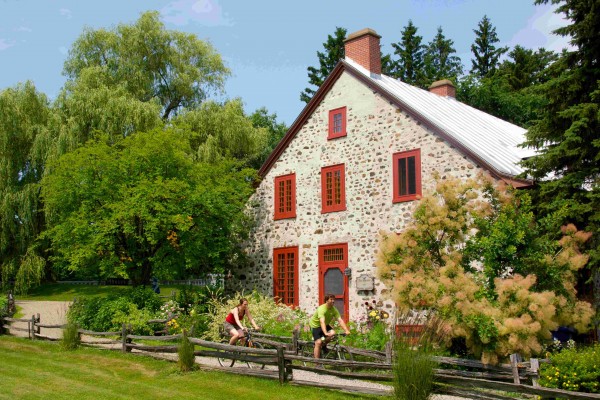 Le Chemin du Roy
Opened in 1737, the Chemin du Roy was Canada’s first passable road. It made it possible to travel by horse from Montreal to Quebec City in five days along the north shore of the Saint Lawrence River. Today, Route 138 follows exactly the same route as the old road and several heritage houses along the way are worth a stop

Of water and logs
The Saint Maurice River flows somberly and powerfully from the Gouin Reservoir to the Saint Lawrence River, for a distance of over 560 kilometers, cutting through forest-covered mountains. The region owes its development to this river. For over a century, the Saint Maurice River was used to transport “pitounes” – logs tied together into convoys that looked like floating trains – to Trois-Rivières. Log driving ended in 1996, and along with it, many evocatively-named trades.