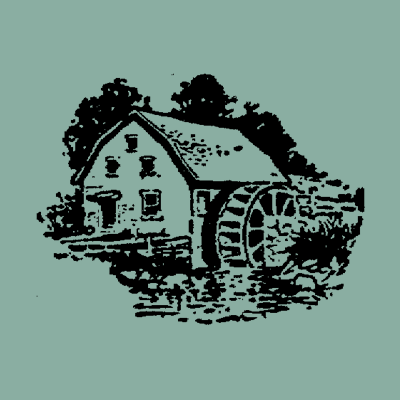 The long course of history
A land of adventure that witnessed the birth of the metal-working, paper and aluminum industries, Authentic Quebec proudly displays its rich heritage and the legacy of its past.

Le Chemin du Roy
Opened in 1737, the Chemin du Roy was Canada’s first passable road. It made it possible to travel by horse from Montreal to Quebec City in five days along the north shore of the Saint Lawrence River. Today, Route 138 follows exactly the same route as the old road and several heritage houses along the way are worth a stop.

Of water and logs
The Saint Maurice River flows somberly and powerfully from the Gouin Reservoir to the Saint Lawrence River, for a distance of over 560 kilometers, cutting through forest-covered mountains. The region owes its development to this river. For over a century, the Saint Maurice River was used to transport “pitounes” – logs tied together into convoys that looked like floating trains – to Trois-Rivières. Log driving ended in 1996, and along with it, many evocatively-named trades (see page 52).

THE LOG-DRIVING ERA
Of trades and men
Log-driving saw its last days at the end of the 20th century. This rough and dangerous occupation involved moving “pitounes” (timber logs) downstream towards the Saint Lawrence River. Some of the many heroes of log-driving were the raftsmen, who rode the assemblage of logs called rafts. These expanses of logs were held together by a boom chain (a string of long logs connected by a chain). Balancing themselves like tightrope walkers, the log drivers would steer the floating trunks with large pike poles, also known as cant-hooks. At the logging camp, their colleagues of the log squaring crew (specializing in squaring the logs to make them into lumber), were called the markers (who determined which trees were to be cut), the cutters (equipped with their axes) and the adzers (or hewers who squared off the logs). In winter, the road icers were responsible for pouring water on the roads so that the sleds could glide more easily.

One of Quebec’s major tourist attractions, La Cité de l’énergie is located on the shores of the Saint-Maurice River in a spectacular natural environment.

Classified an historic monument, the Old Prison of Trois-Rivières is a key attraction that won’t fail to stir emotion.

Elegance and pleasure go hand-in-hand at La Seigneurie du Triton. This prestigious outfitter is known for its warm welcome and quality service.

What better way to experience how the lumberjacks of yesteryear lived than to walk through the Village du bûcheron.

A visit to Boréalis, located in a former water filtration plant in Trois-Rivières, will teach you everything you need to know about the history of the pulp and paper industry.

The Festival Western de St-Tite – what a wonderful adventure! Who could have imagined that this little municipality in the Mauricie region would experience an exponential growth in population size every September?

Located between Montreal and Quebec City, Trois-Rivières affirms its identity loudly and clearly. As the 2nd oldest French city in North America (historically speaking), it has a spirited heart and a vivid memory.

The Abbaye Val Notre-Dame is situated at the foot of the Montagne Coupée, on a forested plateau overlooking the L’Assomption River, in Saint-Jean-de-Matha. Since 2009, it has been home to a community of 24 Cistercian monks from the Abbaye d’Oka. […]

Our Lady of the Cape Shrine in Trois-Rivières has been a place of pilgrimage and prayer since 1888.

Here’s the perfect place to meet Quebecers and understand their culture.

The upper Mauricie region, homeland of Félix Leclerc, is much appreciated by lovers of the great outdoors

The Forges du Saint-Maurice National Historic Site in Trois-Rivières stands testament to the past of the first industrial community of Canada.